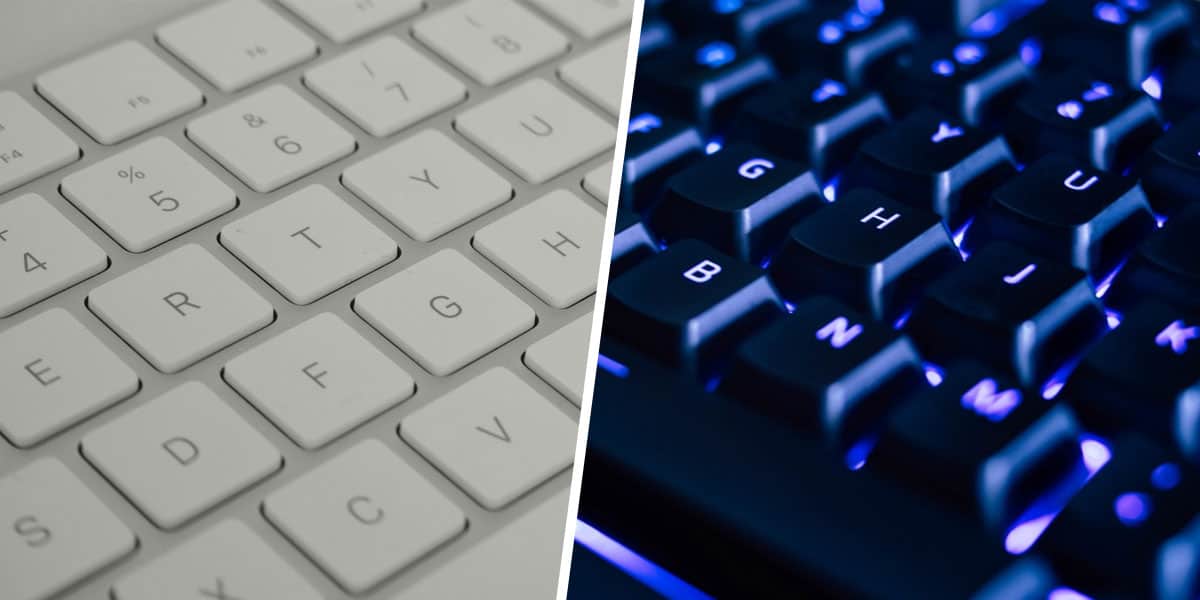 When someone thinks about an input device, the most common choice would be a keyboard. Some people believe that a keyboard is a normal input device that does not require any changes or upgrades. However, those who work on things that require the functions of the keyboard, know that the importance of the type of keyboard is far too great.

Content writers, gamers, or programmers, all require a certain type of keyboard to get the best out of their typing abilities. However, it does not only come to their abilities when choosing the type of keyboard, but also their preferences.

What are Chiclet Keyboards

Chiclet Keyboard or Island-style Keyboard is considered to be an evolved version of the commonly used membrane keyboard. This is because the basic mechanism of the Chiclet keyboard is the same as the Membrane keyboard except with one additional change.

In cases of both the Chiclet and Membrane keyboard, a key-press is registered when the top layer is pushed through a hole to touch the bottom layer. The conductive parts on the bottom layer are separated by a non-conductive gap for every key. This is to prevent the flow of electric current when the switch is open i.e. when a key is not pressed.

However, when pressed, a conductive layer on the underside of the top layer acts as a bridge between the non-conductive gaps. This indicates that the switch is closed i.e. a key is pressed and current can flow. This flow of current registers the key-press.

The Chiclet keys are surrounded and held in place by a plate that is perforated in order to keep a gap between them. However, as for the additional change, unlike the Membrane keyboard, the Chiclet keyboard places a set of molded rubber keys above this mechanism. Due to this, when a key is pressed, the thin sides of the rubber key suddenly collapse, giving a slightly more tactile feedback compared to the Membrane keyboard.

Below are the pros and cons of the Chiclet Keyboards.

Compared to Mechanical keyboards, Chiclet keyboards are far quieter. This is due to the conductive layers that are under the keys since the layers do not make noise when they come in contact with each other. Redragon K502 is one of the quietest gaming keyboard with chiclet keys.

Chiclet Keyboards are easy to find because of how common they are. If one is looking for Chiclet keyboards in laptops, it is not a problem as most laptops use chiclet keyboards.

This is the most obvious con of Chiclet Keyboards. They do not provide consistent tactile feedback as well as the distance the key travels when pressed. This depends on the manufacturing and process in which the keyboard is built.

2. Cleaning & Maintenance is a Hassle

The structure of the keyboard is not user-friendly when it comes to cleaning it. If dirt gets under the keycaps, it is safe to say that it is impossible to clean them. If not careful while cleaning and a keycap comes off then it is near impossible to find a replacement or even fix it.

The keys would still work but without the keycap. Therefore, for someone who tends to eat at their work table where the keyboard is, the Chiclet keyboard might be a nightmare.

3. Not for Competitive Typing or Gaming

Chiclets keyboards should not be the choice of competitive gaming or competitive typing. This is because there is a high chance of jamming of the keys. Not being able to register a number of keys simultaneously is a huge downside in competitive play. This especially becomes valid in competitive games and even more so in typing competitions where a lot of keys are pressed simultaneously. If some keys do not register in a fast-paced game, it might just be the reason for losing.

What are Mechanical Keyboards

A keyboard switch is not a very complex device. It comprises a stem that is attached to the keycap and is held up by a spring. When the keycap is pushed down, it forces the attached stem to go down as well, thus allowing two electrical contacts to touch. This registers a press or a click from the keyboard.

However, mechanical keyboards have a very different feel from membrane or Chiclet keyboards. This is because the keys make a spring-loaded switch go off on pressing down a key and it makes a distinctive ‘click’ sound along with a satisfying feel. This acts as a definitive confirmation that a key has been pressed rather than second-guessing about whether a click actually went through like in membrane or Chiclet keyboards.

It is also important to know that not all mechanical keyboards work the same way. It also depends on the type of keyboard switches the keyboard uses. These are classified into tactile, linear & clicky.

Below are the pros and cons of Mechanical Keyboards.

Even between mechanical keyboards, the choice of switches can change the tactile feedback and key travel as tactile switches activate halfway down the pressing distance which makes them faster.

2. No Jamming of the Keys

In Mechanical keyboards, each key has separate switches as well as they are decently spaced. In addition to this, the presence of the spring in the switch guarantees the prevention of keys from jamming while competitive gaming or fast typing. This gives its users a massive edge over someone with a Chiclet keyboard. Thus, the fear of keys getting stuck is not an issue for someone with a mechanical keyboard.

Layers and membranes are bound to wear out over time. It is one of the reasons why Membrane and Chiclet keyboards that are old often confront the issue of not registering key clicks.

4. Easy to Clean and Maintain

In Mechanical Keyboards, each of the keycaps can be removed individually. This is incredibly useful for cleaning between the gaps. In case of Chiclet keyboards, this would not be possible but in Mechanical keyboards, the keyboard can be wiped and cleaned with a dry cloth after removing the keycaps and then each keycap can be cleaned in whatever way suited based on how much dirt there is.

Unlike Chiclet and Membrane keyboards, Mechanical keyboards make a lot of noise upon clicking. This occurs due to the switch mechanism of the keyboards. However, all mechanical keyboards do not make the level of noise. Some are quieter than others and some louder. Although they still are louder than a Chiclet keyboard.

Chiclet vs Mechanical Keyboards | Which is Better

It is a common argument about which is better. Is the Chiclet keyboard superior to the Mechanical keyboard or is it the other way around? Well, it all comes down to what the keyboard is going to be used for as well as the users preference.

However if it is for casual use, for example playing casual games or typing something once in a while at home, a quieter and cheaper Chiclet keyboard would be much more appropriate. 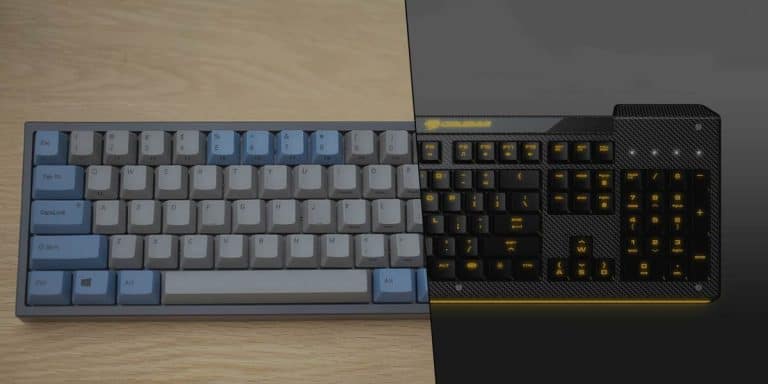 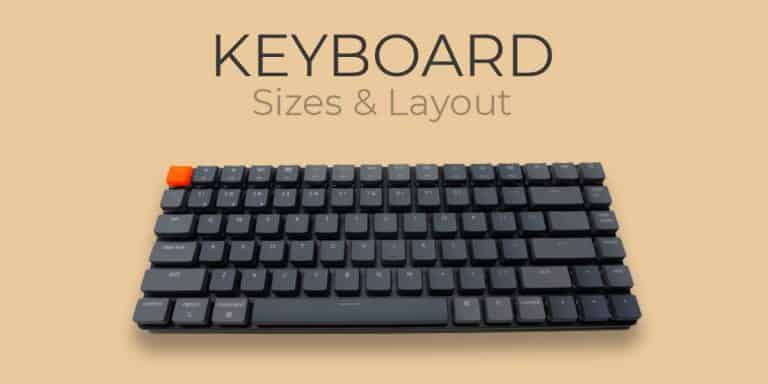 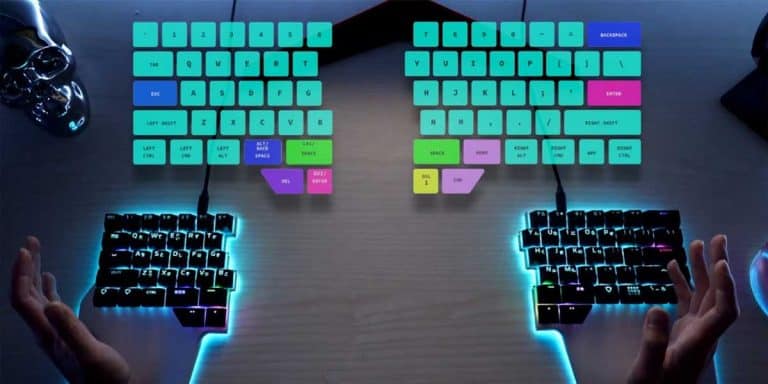 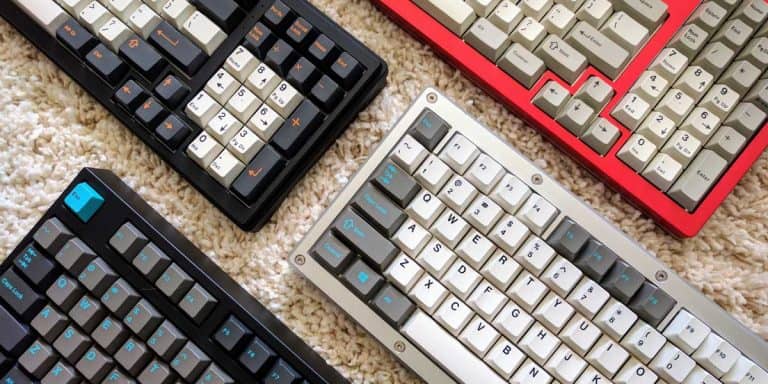 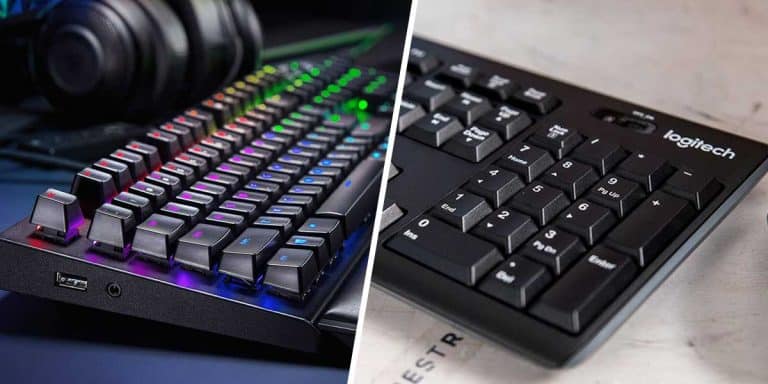